The historical Tokyo Station remains an important railroad station and hub in Chiyoda Ward. The original station was designed by Kingo Tatsuno and completed in 1914. It is located in the Marunochi business district and a short distance from the Imperial Palace Grounds. The eastern extension of Tokyo station was not completed until after the 1923 Tokyo earthquake. The huge complex is divided into a Marunouchi side in the west and a Yaesu side on the east. Between them is a large complex of shops, restaurants, and entertainment venues.

In 2013, the dome and the exterior of the original building were restored. The interior of the dome is a must-see, as are the flower decorations and the reliefs of the Chinese zodiac. Inside the North Dome is the Tokyo Station Gallery, which holds five exhibitions a year of modern and contemporary art and architecture. On the Marunochi side of the station, historical buildings and landscapes have been consciously preserved in Meiji style.

Bordered by Tokyo Station and the Imperial Palace, Marunouchi (literally, “inside the circle”) is an important commercial and sightseeing district in Tokyo’s Chiyoda Ward. During the Edo period (1603-1868), Marunochi was the business center of Tokyo as well as the residence for powerful feudal lords and the imperial family. During the following Meiji period (1868-1912), Yanosuke Iwasaki, an influential businessman and central banker, was a key figure in the development of Marunochi, the first modern business district in Japan.

The tree-lined Marunouchi Naka Dori Street is lined with beautiful trees and is home to outdoor art, high-end boutiques, and cafes from Japan and abroad. The result is a neat and orderly cityscape.

The current Imperial Palace and official residence of Japan’s Imperial Family stands on the original site of Edo Castle. It is one of the most important cultural and historical sites in Japan.

Edo Castle was originally constructed in 1457. In 1590, Tokugawa Ieyasu (1547-1867) selected the site for his headquarters. Ieyasu and immediate successors renovated the castle and built an impressive defensive system of battlements and moats. Edo Castle became the seat of power of the Tokugawa shoguns who ruled from all of Japan from 1603 to 1867. The castle lost its military status in 1868 with the overthrow of the shogunate.

With the Meiji Restoration, the castle grounds became the residence of the Imperial Family. The original Edo Castle was destroyed by fire in 1873. The Palace Castle was built in 1888 and, following World War II, the castle and its extensions were renamed the Tokyo Imperial Palace. Apart from the turrets and checkpoints of the original castle, few buildings remain; however, the huge stone walls still standing in various places remind us of the castle’s former greatness. 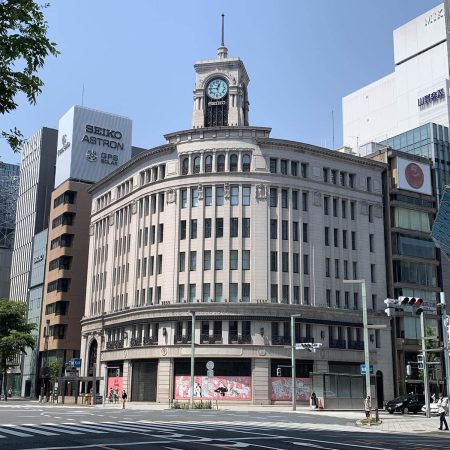 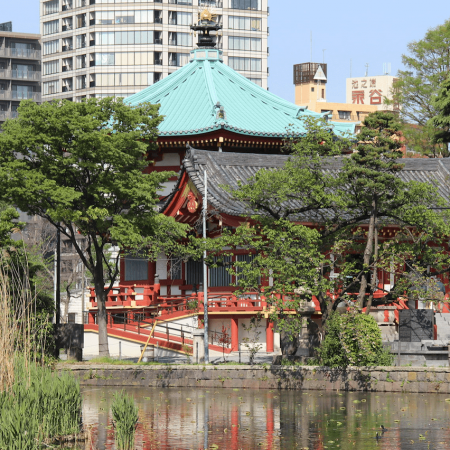